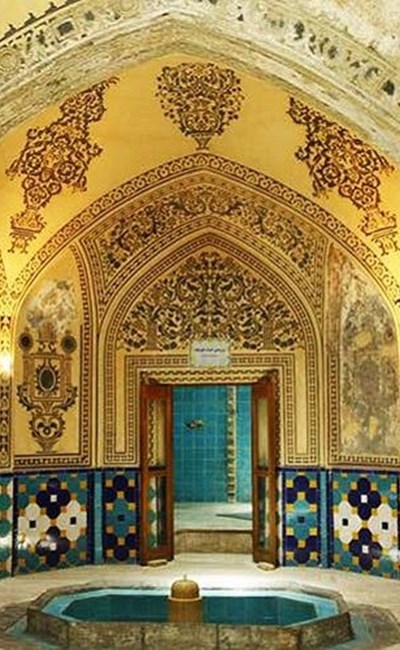 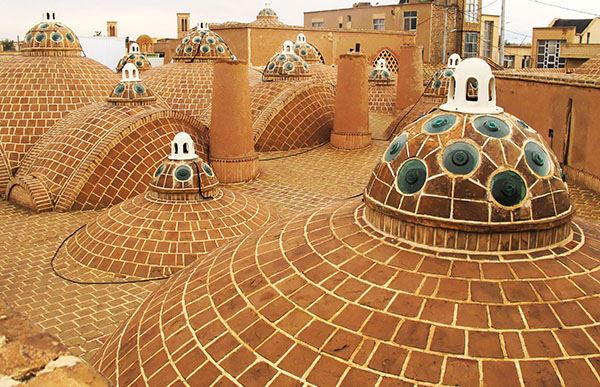 With their unique architecture, these baths are one of the main elements in the city – mosques, bazaars, houses, baths, and water reservoirs.

Some of Kashan’s best-known baths are the Fin, Soltan Amir-Ahmad, Gozarno, Abdolrazzagh Khan, and Mohtasham baths. Mir Emad, Ardehal, and Molla Ghotb baths are also among the older ones in the city.

The architecture of Soltan Amir-Ahamd Baths is among Iran’s most splendid in terms of design and ornaments, situated in an area measuring 1102 square meters in the historic city of Kashan. 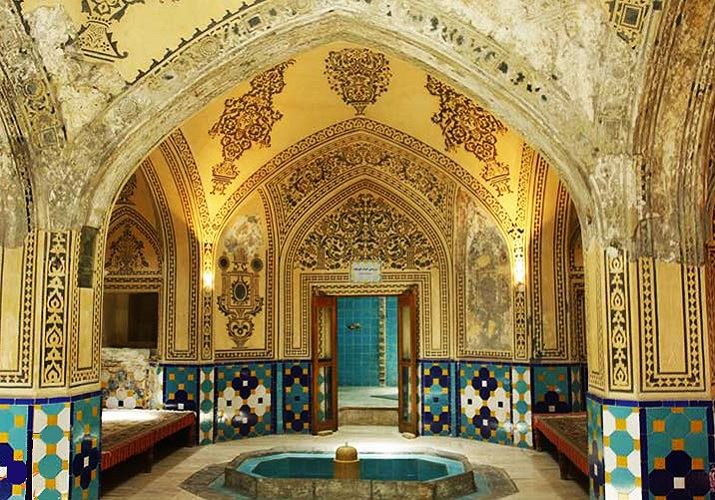 The baths were built in 1875 on Soltan Amir-Ahmad Alley in Kashan. It has been registered as a National Heritage of Iran.

The baths have been ornamented with turquoise and gold tiles; the artistic paintings give it an exquisite look. 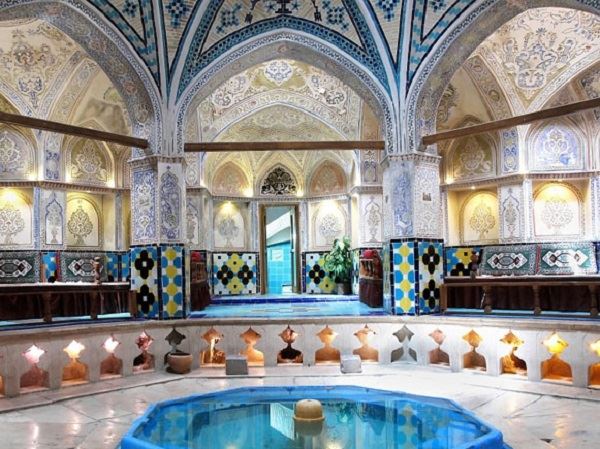 An important element in the building is its lime and stucco works. The seventeen layers of restoration works are witness to its ancient history. Its other important aspect is its rooftop.

The building has a large changing room and running hot water. Today, it has been turned into a museum welcoming tourists from Iran and around the world. 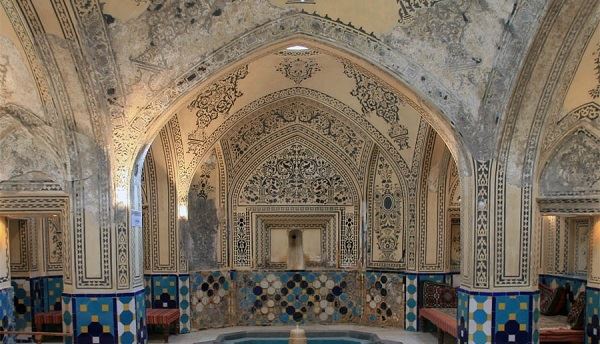 This is a highly recommended attraction of Kashan for all visitors to see, especially those who are interested in historic sites.