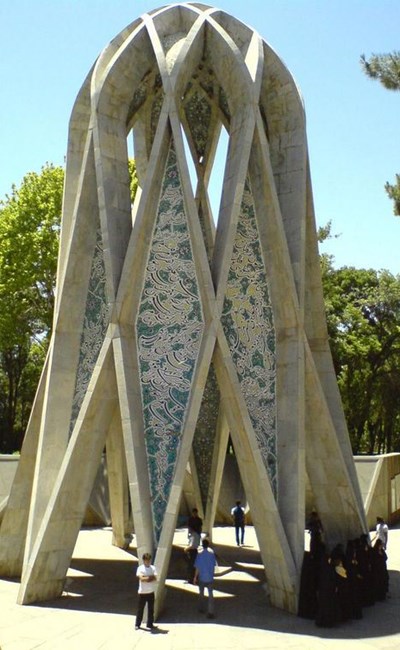 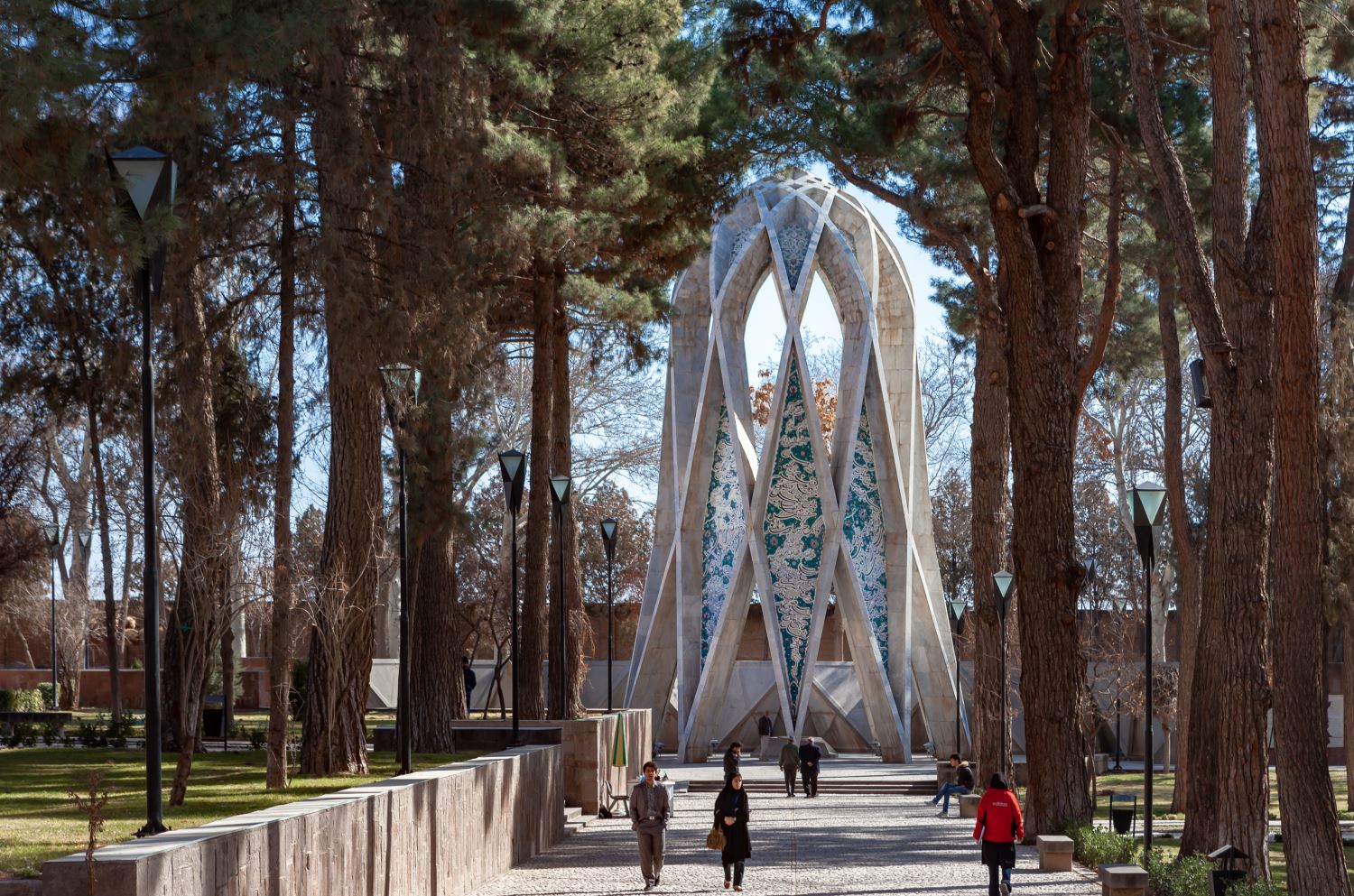 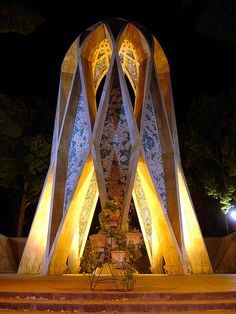 The Tomb of Omar Khayyam in 1886 depicted by William Simpson. Prior to the construction of the monument, it can be seen next to the mosque which it adjoins.

Omar Khayyam died on 4 December 1131. The earliest account of Omar's final resting place is provided by his pupil Nizami Aruzi who visited his tomb in 1135-6. In Balkh, in 1112-13, Nizami heard Omar make a prophecy about his place of burial, that his grave "would be where flowers in the springtime would shed their petals over his dust". He describes visiting his grave in what was then the cemetery of Hayrah:

[his prophecy] seemed to me impossible, though I knew that one such as he would not speak idle words. When I arrived at Nishapur in the year A.H. 530, it being then four years since that great man had veiled his countenance in the dust, and this nether world had been bereaved of him. Since he was my master, on the eve of a Friday, with a companion, I went to visit his grave in the Hayrah Cemetery, I turned left and saw a grave situated at the foot of a garden-wall, over which pear-trees and peach-trees thrust their heads, and on his grave had fallen so many flower-leaves that his dust was hidden beneath the flowers. This reminded me of the conversation I had heard from him in the city of Balkh, I wept, for in the four corners of the world I had seen no one like him.

The tomb itself survived various calamities; including several major earthquakes (Nishapur being on a seismic fault-line) raids by some Turkic tribes, and the Mongol invasion.

In the succeeding centuries, Omar's grave had become a part of the mosque containing the shrine of a certain Islamic saint called Imamzadeh Muhammad Mahruk (d. eighth century), the brother of Reza. The mosque had a turquoise dome and was likely erected in the seventeenth century. Some pilgrims to Omar's grave, such as the Iranologist A. V. Williams Jackson who visited his tomb in 1911, described his tomb as a simple case made of brick and cement with no inscription.

The reconstruction of the mausoleum was commissioned by the Iranian government in 1934 during Ferdowsi's millenary. Omar's tomb was separated from the mosque, and a white marble monument, designed by the architect Hooshang Seyhoun, was erected over it. The construction was completed in 1963